The 37th Annual Neuberger Holocaust Education Week takes place throughout Toronto November 2-9, 2017. This year, the event examines Pivotal Moments that have shaped our understanding of the Holocaust.

The Miles Nadal JCC is presenting a gallery exhibition, Built to Remember – The Holocaust Museums of Today and Tomorrow, on view from November 2 to 29, which shows how museums’ narratives and stories have had a significant impact on how the Holocaust is understood. A free lecture entitled Living Room Witnesses: The Holocaust on American Television by Professor Jeffrey Shandler is on November 4.

The Toronto Jewish Film Society will present the powerful documentary, Bogdan’s Journey, on November 5, about forty Holocaust survivors seeking shelter in Kielce, Poland, who were murdered by townspeople, and how Polish authorities suppressed the story. A panel discussion LGBTQ+ in the Holocaust and Beyond will take place on November 6.

And finally, violinist Isabelle Durin and pianist Michaël Ertzscheid will perform Music, Cinema and Memory at Alliance Française on November 8.

Indigenous Cinema and Films from Around the Globe

Enjoy a free screening of The Road Forward, part of the NFB Indigenous Cinema on Tour, at the Bata Shoe Museum on November 22.

The Japan Foundation also presents free film screenings throughout the month, including The Tale of Samurai Cooking; Mitsuko Delivers; and Time of Eve.

The Estonian Documentary Film Festival EstDocs will take place at the Museum of Estonians Abroad November 3-7.

If you haven’t checked out Alliance Française’s ongoing Movie Thursdays, stop in for a different film each week.

Hot Docs Ted Rogers Cinema presents an unflinching look at the uprising in Ferguson, Missouri, with Doc Soup’s screenings of Whose Streets?, November 1-2. Discover The Dangerous Life of John Mcafee on November 7 at True Crime Tuesdays. Jane, life with Jane Goodall and her chimpanzees, opens November 10.

Is Fashion Modern? Find out at an illustrated talk presented by the Istituto Italiano di Cultura and Bata Shoe Museum on November 7 at the Bata Shoe Museum. Paola Antonelli from The Museum of Modern Art will examine the relationships between fashion and functionality, cultural etiquettes, aesthetics, politics, labour, identities, economies, and technology. And at the ROM, in celebration of the House of Dior’s 70th anniversary, a new exhibition Christian Dior explores the brilliance behind Dior’s dramatic creations, opening with access during Friday Night Live: Chic on November 24.

Latino singer Yasmin Levy returns to The Royal Conservatory of Music‘s Koerner Hall November 1 with NYC band The Klezmatics. Soprano Barbara Hannigan performs an artful look at the Second Viennese School on November 10. Canadian jazz singer Holly Cole makes her debut on November 17. Then two of the best Latin jazz pianists and band leaders in the world, Danilo Pérez and Alfredo Rodríguez, bring their trios to Koerner Hall on November 25.

Acclaimed fortepiano virtuoso Kristian Bezuidenhout returns to direct Tafelmusik in Mozart’s Piano at Trinity-St. Paul’s Centre, November 9-12, a program of eighteenth-century keyboard gems and orchestral works. Ivars Taurins leads the orchestra and chamber choir in Four Weddings, a Funeral and a Coronation, November 29-December 3, at Trinity-St. Paul’s Centre. Life’s milestones get a baroque close-up with music by Charpentier, Handel, Purcell and Pachelbel’s famous Canon and Gigue. There will be a free chat before each concert. Then on November 18 at 2 pm, Tafelmusik has a Close Encounter…in Paris, an intimate, hour-long informal chamber concert featuring music by Couperin, Rameau, and Marais at Temerty Theatre, in the TELUS Centre.

The Toronto Consort kicks off its season with the courts of Renaissance Europe at Renaissance Splendours, November 17 and 18, at Trinity-St. Paul’s Centre. Elizabeth I of England, Charles IX of France, and the Dukes of Bavaria and of Milan are featured in this lavish program of songs, dances, fantasias, and madrigals.

Randolph Centre for the Arts presents MOLL, a world premiere musical from Leslie Arden and Cathy Elliott with Anna Theresa Cascio, November 28-December 4 at the Randolph Centre for the Arts’ Annex Theatre. MOLL is a contemporary adaptation of Defoe’s Moll Flanders, the story of an abused and desperate orphan, Sarah, who becomes a sex worker and tries to navigate her way out.

The 918 Bathurst Centre hosts the Music Works fundraising concert on November 8, the Music Gallery’s TAK: Love, Crystal and Stone + Darren Creech on November 18, and the musical comedy You Want it What Way: A Boy Band Tale, November 24-26.

At 918 Bathurst, Pallas celebrates photography on November 11. On November 16, get ready for Hello Gorgeous!, a film lecture about Barbra Streisand’s career at the Miles Nadal JCC. Finally, the Gardiner Museum‘s winter clay classes offer a chance to learn a new skill and make unique, hand-crafted gifts just in time for the holidays. 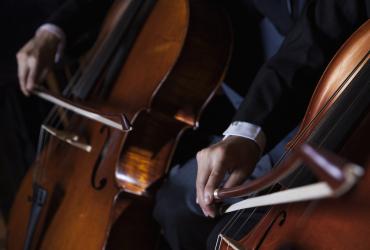 Prepare for a Season of Festivals and Events 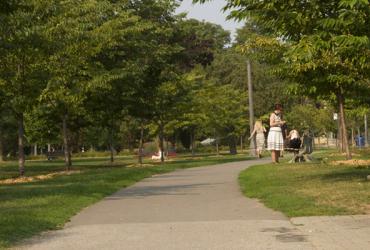