If you’re looking for a morning wake up, consider starting with a swim in one of Toronto’s only downtown salt water pools. You’ll find it at the Miles Nadal Jewish Community Centre; a cornerstone of life in the vibrant Annex neighbourhood for over sixty years. While a centre for Toronto’s Jewish community, all are welcome: diversity and social inclusion are at the JCC’s heart. Adults seeking arts and cultural programing will find an abundance, from pottery workshops to choral singing to visual art, much of it available during daytime hours. And don’t miss the opportunity to see a movie at the JCC’s film series, presented by the Toronto Jewish Film Society in the intimate Al Green Theatre. Note: visitors are welcome anytime the centre is open.

Next, hang a left on Spadina and walk a few blocks to the Native Canadian Centre of Toronto. It’s a fitting location, given the word “Spadina” comes from the Ojibwa word ishpadinaa, a reference to the dramatic incline Spadina takes still farther north. The NCCT focuses on the cultural teachings and traditions of Indigenous peoples, with Indigenous cultural awareness training, drumming, dancing socials, and story telling workshops, as well as Ojibwe, Cree and Inuktituit language classes. An important space for Toronto’s Indigenous community and a welcoming place for all, the NCCT helps people to learn about and interact with many aspects of Indigenous culture. Don’t forget to stop at ENAGB Youth Cedar Basket Gift Shop, with its artworks, handicrafts and cool gifts — all the work of First Nations, Inuit, and Metis peoples.

Time for a bite on Bloor, and between Spadina and Bathurst you’ll find everything from pub grub to Hungarian food to sushi (with Korean food a specialty just west of Bathurst). Sufficiently fortified, head to one of the city’s truly special bookstores, A Different Booklist. It literally boasts a booklist you won’t find elsewhere, specializing in authors of African and Caribbean ancestry, as well as being a unique community gathering place. (Film nights, open mics, book launches, and even weddings have taken place at A Different Booklist.) Proprieters Itah Sadu and Miguel San Vincente were honoured with 2016’s Ontario’s Arts Organization Award at the Premier’s Awards for Excellence in the Arts: drop by and find out why.

Next, 918 Bathurst Centre for Culture, Arts, Media and Education, which rightfully calls itself an “arts and culture sanctuary,” built as it is in a former Buddhist temple. With its 200-seat theatre and visual arts gallery, 918 Bathurst is one of the city’s latest and most exciting arts venues, incubating new and experimental arts and artists, as well as partnering other arts organizations. For instance, Toronto’s legendary Music Gallery, a preeminent genre-defying music presenter for forty years, now makes 918 Bathurst St. its main performance space. Community organizations are also a part of the cultural fabric at 918, with chess clubs, martial arts, language classes and more on the calendar. 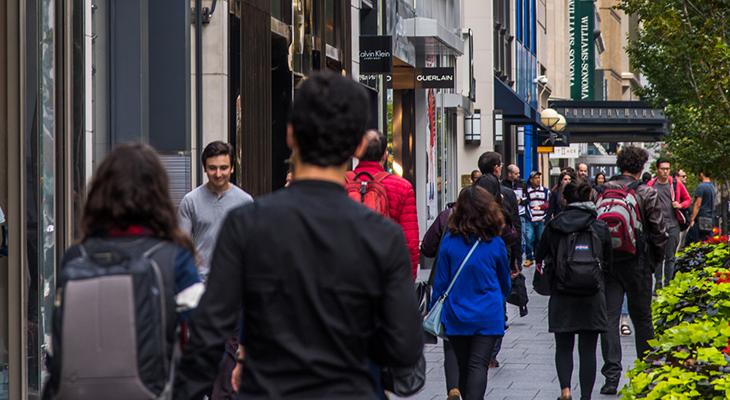